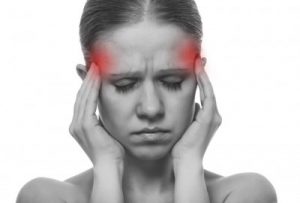 One of the most common symptoms associated with aspartame, are headaches. This is mentioned in relation to both aspartame causing headaches directly as well as through withdrawal.

But what’s the truth?

Well, things get very complicated when headaches are involved, simply because it’s a symptom that nearly every single human experiences in their lifetime. Some more, some less, but it’s all but unheard of that someone claims to have never had an headache of any sort. And what that means, is that it becomes rather difficult to figure out what exactly is causing the headache, when they affect almost everyone, regardless of diet, exercise, genetics, gender or lifestyle choices.

This is reflected in some of the studies that have been done on the topic of aspartame and headaches.

In 1987, Schiffman SS et al. conducted a study with the following results:

We performed a double-blind crossover trial of challenges with 30 mg of aspartame per kilogram of body weight or placebo in 40 subjects who reported having headaches repeatedly after consuming products containing aspartame. The incidence rate of headache after aspartame (35 percent) was not significantly different from that after placebo (45 percent) (P less than 0.50)

So despite giving aspartame to individuals claiming to get headaches from it, the actual incidence of headaches was pretty much identical, (in truth even a little LOWER) compared to consuming a placebo. Weird, right?

Yet, in another study, by Van den Eeden SK in 1994, the results were different:

To examine whether ingestion of aspartame is associated with headaches, we conducted a double-blind crossover study using volunteers with self-identified headaches after using aspartame.

Subjects reported headaches on 33% of the days during aspartame treatment, compared with 24% on placebo treatment.

…among individuals with self-reported headaches after ingestion of aspartame, a subset of this group report more headaches when tested under controlled conditions. It appears that some people are particularly susceptible to headaches caused by aspartame and may want to limit their consumption.

The conclusion is interesting, and almost the opposite of what Schiffman found in 1987.

In 1989, Leon AS et al came to yet another conclusion:

Safety of long-term administration of 75 mg/kg of aspartame per day was evaluated with the use of a randomized, double-blind, placebo-controlled, parallel-group design in 108 male and female volunteers aged 18 to 62 years.

No persistent changes over time were noted in either group in vital signs; body weight; results of standard laboratory tests; fasting blood levels of aspartame’s constituent amino acids (aspartic acid and phenylalanine), other amino acids, and methanol; or blood formate levels and 24-hour urinary excretion of formate. There also were no statistically significant differences between groups in the number of subjects experiencing symptoms or in the number of symptoms per subject.

Essentially, the conclusion was that aspartame consumption had no differences compared to the placebo in any way whatsoever. If headaches were really a common side-effect of aspartame consumption, one would expect this decently large sample size study to have noted it. But nothing.

Moving on, another reasearch done in 1990 by Lapierre KA et al found the same:

No significant differences between aspartame and placebo were found in measures of sedation, hunger, headache, reaction-time, cognition, or memory at any time during the study.

Now, one explanation for the inconsistency in head-aches may be due to something rather innocent. The capsules used to contain the doses used in the research. In 2000, Strong FC 3rd performed tests regarding just that:

The purpose of this research was to test a hypothesis: gelatin is partially hydrolysed animal protein; (partially) hydrolysed vegetable protein (PHVP) is known to cause migraine; perhaps the gelatin caused some of the headaches.

Capsules may give headaches to dietary migraine patients that are similar to those from foods. This would explain some of the headaches of patients from placebos. The double-blind test and the repeatability of the time measurements demonstrated the validity of the experiments.

This can mean that many of the research as well as self reported cases of aspartame sensitivity resulting in headaches may simply be a reaction to gel capsules taken during the study or during everyday life. Aspartame may very well be completely innocent, yet be singled out due to its inherent poor reputation among consumers.

Our opinion is that there’s no conclusive evidence that aspartame and headaches are correlated in normal, healthy individuals. There’s also no mention of withdrawal symptoms being a factor. More than likely any symptoms attributed to withdrawal from aspartame containing products are likely psychological or due to another ingredient in the products.

However there may be rare cases of sensitivity, as well as aspartame playing a potential role in aggravating the symptoms of people who already suffer from regular headaches or migraines.

So if regular headaches are an issue for you, cutting out aspartame may be worth a try (check out our article on aspartame free diet drinks). But if you’re in good health, it seems to be very unlikely that aspartame will have any negative effects for you.